Subutex vs. Suboxone is often a choice that addiction treatment professionals are forced to make. Both of these drugs are used to treat opioid addiction. They both contain the active ingredient, buprenorphine. This is an opioid drug that functions as a partial mu-opioid receptor antagonist. That means it keeps opioid drugs from working in the body. However, which one is more beneficial to help with recovery? This is an excellent question. If you are currently an opiate addict, you may be wondering what the answer is. Which one of these drugs should you ask for when you go to treatment? It may be helpful to take a closer look at each one separately first. Then it becomes much easier to compare them to find the right one for you. However, it’s important to note that both Suboxone and Subutex are used for Opioid Replacement Therapy. Many feel that they are instrumental in assisting with opioid addiction recovery.

“Medicated Detox may be what our professionals recommend for you in our 28-Day Drug Rehab Program.”

What is Opioid Replacement Therapy (ORT)?

Opioid or opiate replacement therapy is a form of opioid detox. It involves giving patients medications to help them overcome opioid withdrawal symptoms. During ORT, these medications help to reduce withdrawal from opioids. In some cases, ORT medications will even block the effects of opiates taken afterward. You can see where opioid replacement therapy would be quite effective for recovering opiate addicts. When drugs like Subutex and Suboxone are used along with behavioral therapy, the results can be very promising. Even, so, it’s important to remember that ORT isn’t for everyone. These medications do have their addictive components, which can make them potentially dangerous. As we begin, it will be helpful to get some Subutex facts. The more you know about this drug, the easier it will be to make a decision. You may be asked which drug you prefer. There are some benefits to Subutex, but there are also some drawbacks.

Subutex is a drug that was approved in October of 2002. Its sole purpose is for the treatment of opioid addiction. It is usually used during the opioid detox phase. Because it contains buprenorphine hydrochloride, it is effective at blocking the opioid response.

What is the Normal Subutex Dosage?

Subutex 2mg and Subutex 8mg are the normal dosages of this medication. The drug only comes in Subutex tablets and it is not available in Subutex strips, like Suboxone. The Subutex tablet is a sublingual tablet. This means that it goes under the tongue and is dissolved there.

How to Take Subutex

The effects of Subutex last for between 8 to 12 hours. That means the drug may be taken two or three times per day, depending on the person’s needs. Most experts in the addiction treatment field agree that Subutex should only be taken short-term. Unfortunately, this drug is one that is often given on a long-term basis. This increases the risk of abuse, and even eventually, addiction.

Are There Subutex Side Effects You Should be Concerned About?

Does Subutex Get You High?

You may be wondering, does Subutex get you high? The answer to that question is that it can absolutely get you high. Of course, when you take it as you should, the risk of getting high on it is very low. As you might assume, the Subutex 8mg high is much more intense than the high at 2mg. This is because more of the drug is entering the body at one time. People choose Subutex to get high are usually taking an even much higher dosage than this.

The Subutex high is a strong sensation of euphoria. In many ways, this mimics what people feel when they have opiate addictions. The issue that many people run into is that Subutex does have a ceiling effect. When taking Subutex to get high, there is only so much a person can use. Once that ceiling is reached, the high will never become stronger. This is why people will often take additional drugs or drink alcohol alongside Subutex. Other substances will enhance its effects and add to the high.

What is Subutex Abuse?

Subutex abuse refers to any use of Subutex that is seen as off-label. This could be a number of different things. Subutex abuse might involve using this drug without a prescription to get high. It could involve crushing the pills to snort them to increase the drug’s effects. It could also mean mixing Subutex with other drugs. Unfortunately, buprenorphine abuse is quite common in the United States. People frequently become desperate and use this drug to get high. Suboxone was released in the United States around the same time Subutex was released. However, its formulation was a little bit different. If you’re considering taking Suboxone to recover from opioid addiction, this is information you need to know.

What is Suboxone and What is it Used for?

Suboxone is also an anti-opioid drug. It is frequently used during opioid detox to aid in recovery. It is a little bit different from Subutex, and some would even say, it’s better. While Subutex contains buprenorphine, Suboxone contains buprenorphine and naloxone. Naloxone is a drug that is often given to people who overdose on opioids. It is effective at reversing the effects of opioid drugs on the body.

What Does Suboxone Do?

Suboxone is very effective at treating opioid addiction. For many people, this drug is necessary if they’re going to recover. Taking it in the prescribed dosage amounts will block any effects of other opioid drugs. If someone chooses to use drugs like Oxycodone or Vicodin, they won’t feel them. Most people who take Suboxone are grateful for it. However, because it is an opioid drug itself, there is the potential for abuse.

What is the Usual Suboxone Dosage?

Suboxone tablets are small, orange shapes with six sides. The Suboxone strips are slightly larger and very thin. Of course, there are different brand names of Suboxone, so their appearance may vary.

Can You Get High While on Suboxone?

While you are taking Suboxone, it effectively blocks the high from an opioid drug. However, having said that, it is possible to get high from a different drug while using Suboxone. Unfortunately, many people do just that. These individuals may feel so desperate to get high that they will choose another method. They may choose marijuana, cocaine or another drug instead. Some may even use drugs along with Suboxone to see if the effects of them are any different.

How Does Suboxone Make You Feel?

People who use Suboxone appropriately claim that it makes them feel normal. They state that it removes many of their typical opioid withdrawal symptoms. Opioid withdrawal can be very difficult to go through. It’s even hard to function in everyday life. One of the issues with this is that doctors do tend to keep people on Suboxone long-term. When they do, it can lead to an eventual addiction to this drug.

Side Effects of Suboxone Film Strips

Even though Suboxone is thought to be a great drug by many, it can have its side effects. These are similar to those found with Subutex. They include:

Still, most people feel that the benefits outweigh any risks associated with Suboxone’s effects.

What are the Suboxone Side Effects Long-Term?

When Suboxone is taken long-term, it has more dramatic side effects that can occur with it. Again, short-term use of this drug is preferred, just to get people through the opioid withdrawal phase. With long-term use of Suboxone, people are likely to experience: 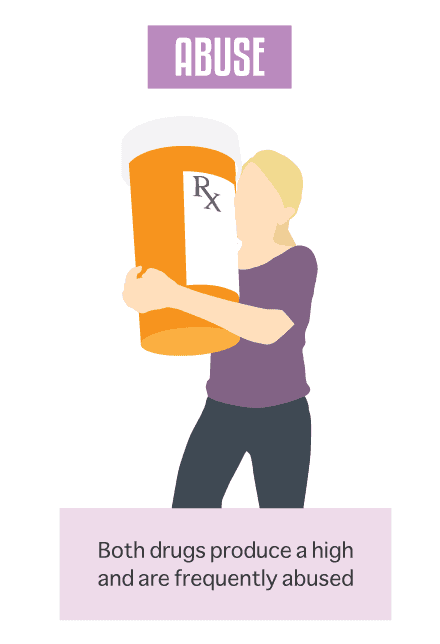 What is Suboxone Abuse?

The Suboxone high is quite intense, and this is a result of people abusing this drug. Like other narcotic drugs, Suboxone can be used to get high. Any time Suboxone is taken outside of a doctor’s prescription, it is known as Suboxone abuse.

Abusing Suboxone is incredibly dangerous. It also has some serious side effects. People who abuse Suboxone are likely to experience:

It is also possible to overdose on Suboxone, which can be fatal. If a Suboxone overdose is suspected, immediate medical treatment is needed. There are several ways that someone can abuse this drug to result in a Suboxone high. If you research how to abuse Suboxone film, you’ll find that it can be dissolved in water. Once this is done, it can then be injected. People will also crush the Suboxone tablets and snort them or inject them. Suboxone abuse can also simply be taking too much of the drug at one time. Some say that the best way to get high on Suboxone is by injecting it. This allows the drug to enter the bloodstream right away.

When comparing Subutex vs. Suboxone, both drugs have their advantages and disadvantages. Many people find that Suboxone may be the more desirable drug. This is because the risk of becoming addicted to it is actually much lower. It also may be more effective at treating opioid addiction because of the additional drug, Naloxone.

Switching From Suboxone to Subutex

People do often switch from Subutex to Suboxone during opioid detox and rehab. However the reverse is usually not true. Subutex can be extremely effective at blocking opioid withdrawal symptoms. These symptoms are the worst when someone first stops using opiate drugs. However, as time goes on, Suboxone may be better for someone who is in the maintenance phase.

If cost is a factor, it’s important to look at the Subutex vs. Suboxone price comparison. Subutex tends to be much more affordable for most people. It is available in generic form for between $45 and $110, depending on the dosage. Suboxone is a bit more expensive because of the addition of Naloxone. The Suboxone sublingual films are available for between $128 and $470, depending on the dosage. Both versions come in a month’s supply. Someone who is purchasing Suboxone or Subutex without insurance may choose the cheaper option. Subutex will still be very effective during opiate detox.

Are There Subutex and Suboxone Addiction Treatment Drugs?

Additional Questions About Suboxone and Subutex You May Have

You may have some additional questions about Suboxone or Subutex. We’d like to take a moment to answer them for you.

Is Methadone Stronger Than Suboxone?

What About Using Suboxone vs. Methadone for Pain?

Suboxone can be used to treat pain, however, this is not its approved use. It is generally only used to treat addiction to opioids. People who use it find that it does have some pain relieving qualities. Methadone is approved for treating both pain and opioid dependence. Even so, it is only used for those who have long-term, chronic pain. People who use this drug should be very careful because of the risk of addiction.

Can You Get Suboxone and Subutex Addiction Treatment?

If you have been using Suboxone or Subutex, and you have an addiction, you need help. These drugs are powerful, and they should never be stopped on your own. Your opioid withdrawal symptoms are likely to be much worse than if you were just stopping opioid drugs. Both Suboxone and Subutex also have their own list of withdrawal symptoms. It’s important to reach out for help if you want to stop using either of these drugs. The right Suboxone or Subutex treatment can help you so much. Subutex or Suboxone detox will be the very first step in your recovery. Remember, this is not a journey you have to take on your own. We’d love to help you find the information you need to make the right decision.