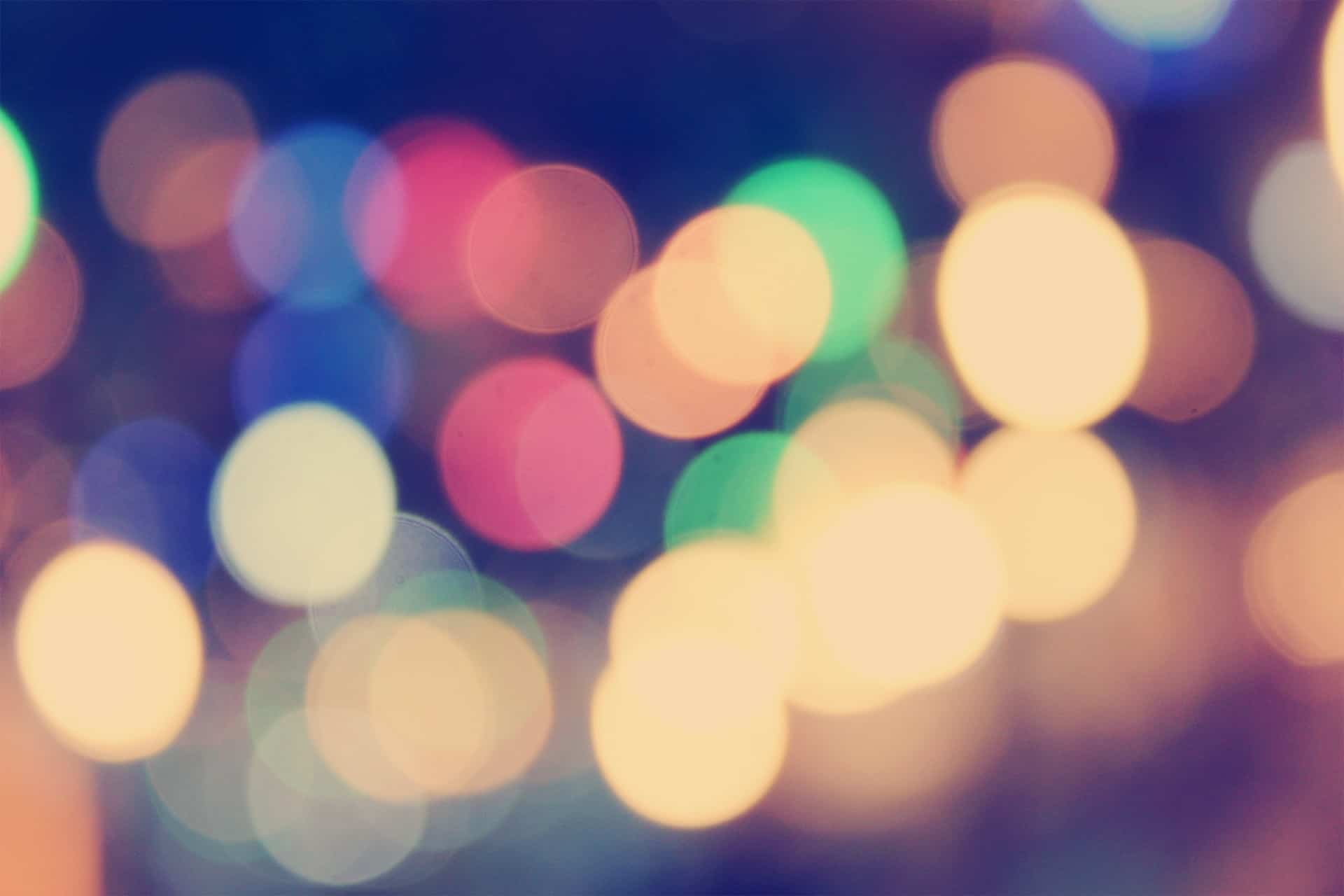 When you are high and drunk at the same time, you are said to be “cross faded”. And although that may SOUND like a lot of fun, the truth is mixing alcohol and marijuana can be a spectacularly bad idea.

What is Cross Fading?

“It’s apples and vegetables. They’re very different drugs. It’s because of this difference that makes combining marijuana and alcohol so popular.” ~ Dr. Gary Wenk, Professor of Psychology and Neuroscience, Ohio State University Alcohol and marijuana are the two most commonly-used intoxicants in the United States. Among people who drink, marijuana is the most popular drug of choice. And according to Scientific American, those who use both are twice as likely to use them simultaneously rather than individually. 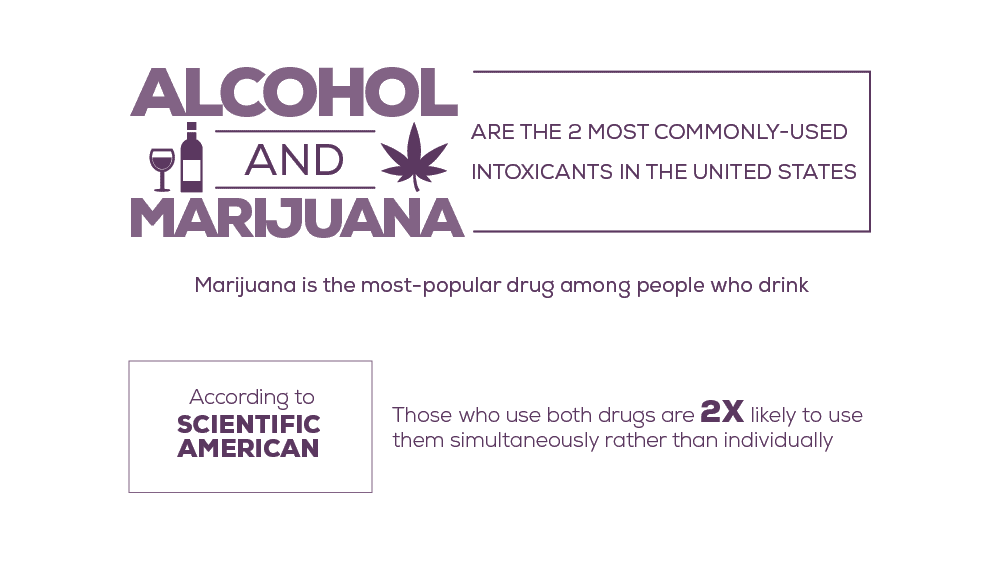 “If you or a loved one is struggling with addiction, our inpatient program may be the solution.” 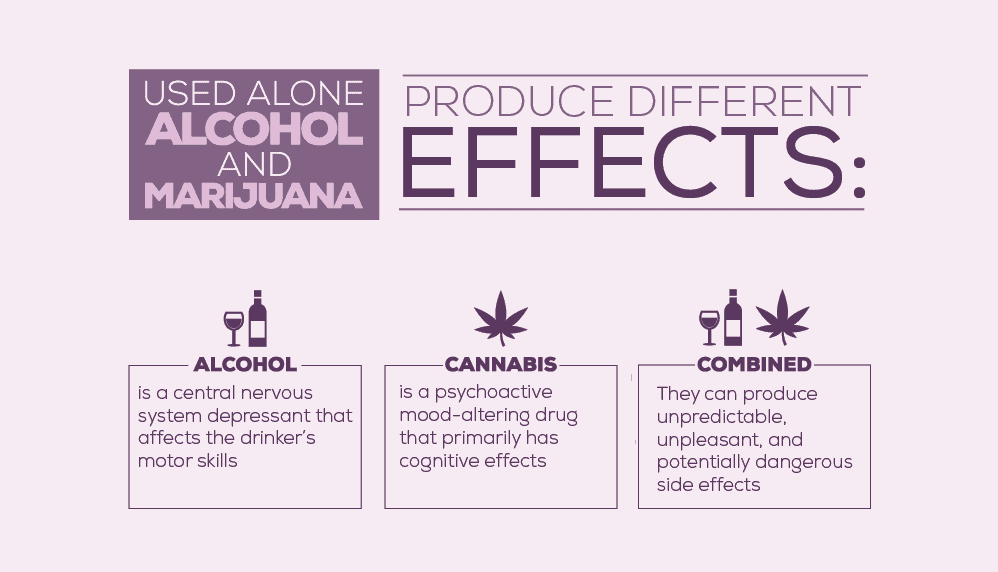 “Weed before beer and you’re in the clear.Beer before grass and you’re on your ass.” ~ ABSOLUTELY INCORRECT myth about mixing booze and pot Regardless of the conventional folk “wisdom” of this rhyme, the multi-substance intoxication resulting from cross-fading can have serious consequences, both physically and mentally. Used alone, alcohol and marijuana produce different effects:

This combination can lead to unpredictable, unpleasant, and potentially dangerous side effects. Let’s look at some of the possible pitfalls of cross-fading. 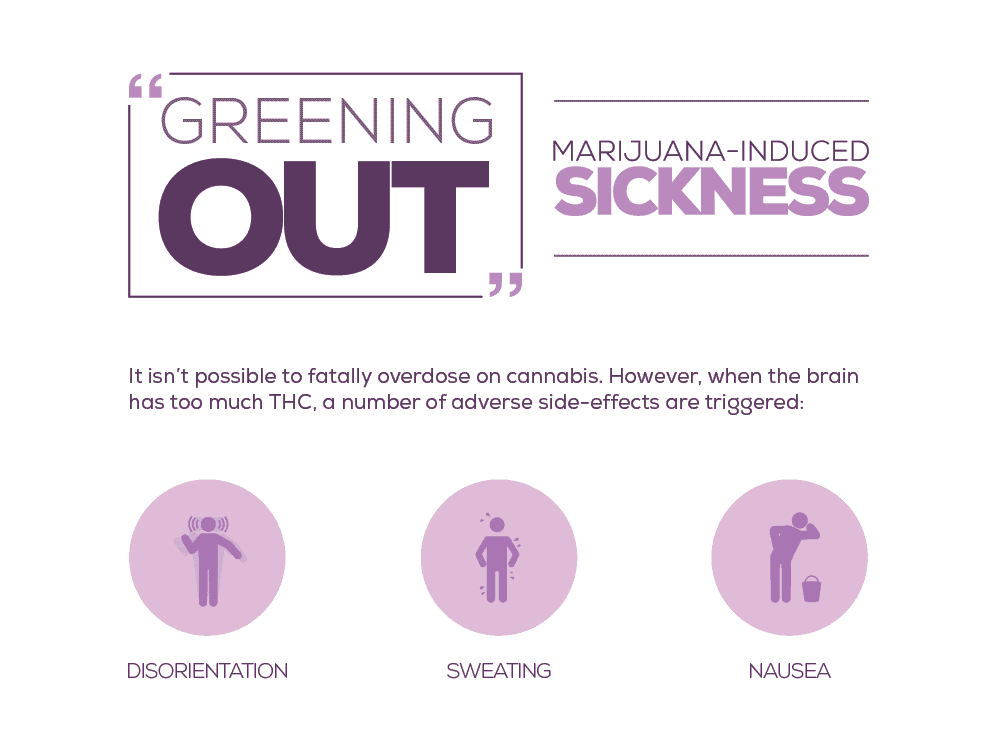 Although it is virtually impossible to fatally overdose on cannabis, it IS possible to get very sick from a temporary overdose also known as a “greenout”. This is when the brain’s cannabinoid receptors are chronically over-stimulated by too much THC, triggering a number of adverse side-effects. While not fatal, the painful symptoms of greening out include:

The likelihood of green out crossfade increases significantly when alcohol is consumed prior to smoking marijuana. Because many of these side effects also occur during alcohol intoxication—disorientation, nausea, dizziness, etc.—the combined effects are magnified to the point that it can be incapacitating. Both booze and pot consumption can cause ‘orthostatic hypotension’—low blood pressure occurring when abruptly sitting up or standing.  Orthostatic hypotension happens because as the THC and/or alcohol is absorbed, blood vessels dilate and blood pressure suddenly drops. This causes decreased blood flow to the brain and fainting. It occurs unpredictably, with no warning. This condition can even strike hours after use. It’s not unusual for a person who is cross-fading via a greenout to have to lie down to keep from falling down. Obviously, this increases the risk of accidents and injuries from falls. 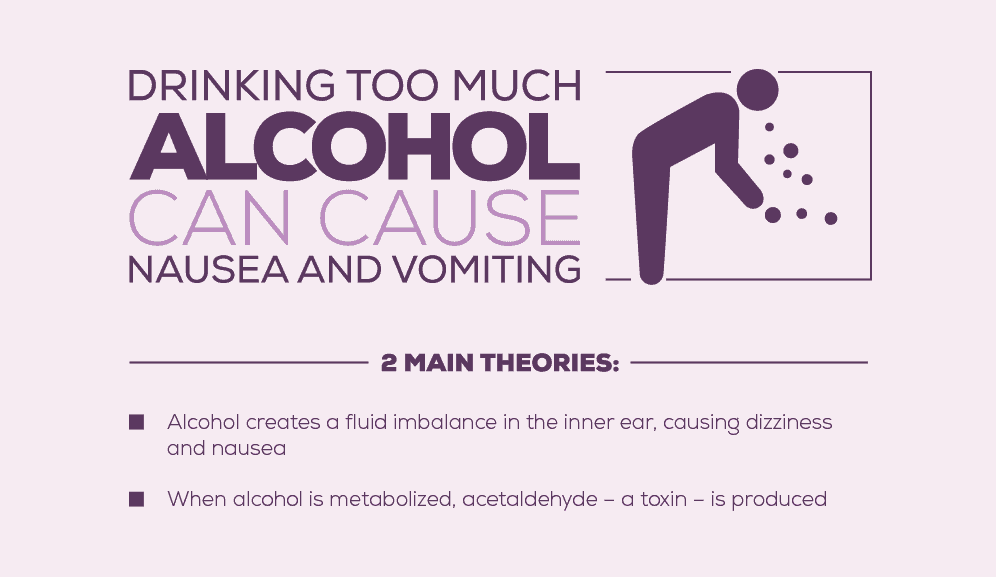 “Having any toxin hanging around in your system will get you in trouble, and alcohol is no exception.” ~ Dr. Sneh Khemka, Medical Director, Bupa International It’s an established fact that drinking too much alcohol can cause nausea and vomiting. There are three main theories on why excessive alcohol consumption makes people throw up:

The Dangers of Vomiting While Cross-Fading

But here’s the thing – marijuana is an anti-emetic. In other words, it interferes with the body’s ability to throw up. Considering what alcohol does to the body, this is extremely important. Since one of the side effects of crossfading is nausea, excessive consumption of either or both substances can leave a person feeling profoundly ill. But sometimes, they will be unable to actually throw up and expel the offending toxins. This leads to prolonged feelings of queasiness, dizziness, and sickness. But the real hazard of cross fading is the alcohol-induced aspiration. This is when an intoxicated person tries to throw up but can’t. Since marijuana impairs the gag reflex, it is highly possible for a drunk/stoned/cross-faded person to fatally choke on their own vomit. Asphyxiating on their own vomitus while intoxicated was the cause of death for several well-known people, including:

Even if the person doesn’t die immediately, incomplete vomiting can be dangerous, because if acidic stomach contents are inhaled into the lungs, it can cause corrosive damage. This often leads to a rapid infection that soon develops into a fatal form of pneumonia.

“The key finding of this study is that after alcohol exposure, threat-detecting brain circuits can’t tell the difference between a threatening and non-threatening social stimulus.” ~ Dr. Marina Wolf, Ph.D., Rosalind Franklin University of Medicine and Science First, look at these substances separately. Drinking – especially excessively – severely affects an individual’s executive cognitive functioning and decision-making ability. Under the influence of alcohol, a person is:

With this in mind, it comes as no surprise the chronic drinkers score poorly on the Iowa Gambling Task, a psychological test that measures executive functioning by simulating real-life decision-making. Likewise, chronic cannabis use is also associated with impaired executive functioning, especially in these areas:

The effects of either of these substances are serious enough, but when they are combined, they can be even worse. A 2015 study determined that when ANY amount of alcohol is consumed while also using smoking pot, the user’s blood concentration of THC – marijuana’s main psychoactive ingredient – is significantly elevated. This means the person gets higher faster, perhaps much more than they intended. Being this impaired can lead to risky behaviors, such as:

“As drunken driving has declined, drugged driving has increased dramatically, and many of today’s impaired drivers are combining two or more substances.” ~ Ralph S. Blackman, President, Foundation for Advancing Alcohol Responsibility Alone, alcohol and marijuana each have a negative effect on a person’s ability to operate a motor vehicle safely. Alcohol affects safe driving skills almost immediately, even in individuals with a BAC as low as .02% – typical for a full-grown man after “only” two beers.

To judge the effects of marijuana on driving, one only has to look at states where it has been legalized:

Additionally, according to the National Highway Traffic Safety Administration:

“The bulk of the research suggests that driving drunk is worse than driving stoned, but driving stoned is worse than driving sober. The research suggests that when people are under the influence of both marijuana and alcohol, it does increase the probability of getting into a crash.” ~ Beau Kilmer, a senior researcher at the RAND Corporation and a specialist in drug policy Cannabis use has been shown to affect a user’s visual processing in multiple ways:

Again, because the effects of marijuana are magnified by drinking, driving while under the influence of both multiplies the risks. The NHTSA also reports that compared to a driver doing neither, drinking while using marijuana results in an eightfold risk of being involved in a fatal traffic accident. 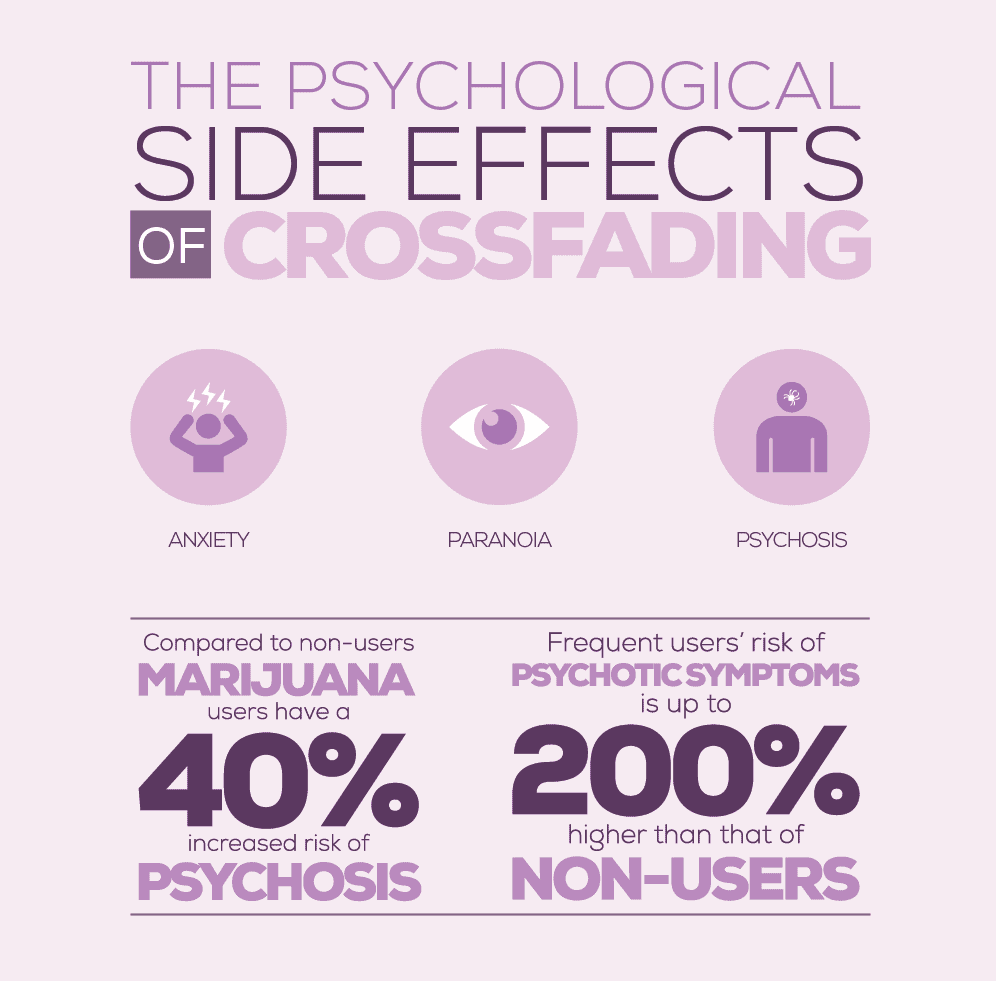 The Psychological Side Effects of Crossfading

Many people who experience a crossfaded bad trip also suffer severe psychological stress in the form of:

When alcohol is chronically added to the mix, psychological problems become a probability, rather than a mere possibility.

Does Cross-Fading Lead to Cross-Addiction?

“Our results suggest that cannabis use appears to be associated with an increased vulnerability to developing an Alcohol Use Disorder, even among those without any history of this. Marijuana use also appears to increase the likelihood that an existing Alcohol Use Disorder will continue over time.” ~Dr. Renée Goodwin, Ph.D., Associate Professor of Epidemiology, Mailman School of Public Health, Columbia University After analyzing the survey data from nearly 28,000 adults, researchers at Columbia University’s Mailman School of Public Health and the City University of New York have determined that cannabis use appears to significantly contribute to the continuation of or subsequent development of a drinking problem. Using data compiled from the National Epidemiologic Survey on Alcohol and Related Conditions, researchers assessed adults who started using marijuana when they had no history of alcoholism, at two different points, three years apart.

Dr. Goodwin also said, “If future research confirms these findings, investigating whether preventing or delaying first use of marijuana might reduce the risk of developing AUDs among some segments of the population may be worthwhile.”

What is the Bottom Line About Cross-Fading?

The implications are clear – marijuana and alcohol are each dangerous enough on their own, presenting a host of hazards to a user’s mental, physical, and psychological health. In addition, the use of either intoxicant increases the risk of injuries and accidents. Finally, both substances are associated with socioeconomic problems such as poor grades, unemployment, and relationship difficulties. But because of the mutual and combined effects of pot and booze, the likelihood of negative consequences skyrockets. Cross fading becomes much more than a different kind of intoxication – it becomes a slippery slope leading to:

Here’s the thing – even legal substances can be dangerous, especially if they are used and abused in the wrong combination. So if you are finding it hard to completely abstain from the use of alcohol or marijuana, the best way to protect yourself is to completely avoid using them together.

Tagged dangers of being crossfaded, getting help for addiction in Washington, what happens when you drink and smoke weed, what is cross faded