Are Heroin and Prescription Opioids the Same Thing?

Are heroin and prescription opioid drugs the same? This is a very good question. It's hard to deny that they are at least similar to each other. Why else would so many people turn to heroin after abusing opiate medications?

You may be currently abusing one or both of these drugs. If you are, it's important to learn about their similarities. You should also know that research has shown that opiate medications are often a gateway to heroin addiction. The Chemical Properties of Heroin and Opioid Drugs

If you look at both both types of opioid drugs on a molecular level, they're almost the same. To illustrate this, let's take a closer look at how heroin and Oxycodone compare with one another. 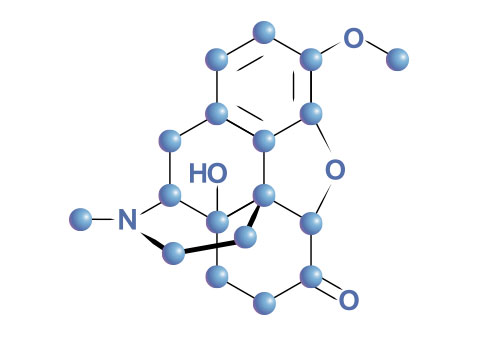 Do you see how close they are to each other? They are both made up of the same compounds; carbon, hydrogen, nitrogen and oxygen. Only a few molecules keep them from being exactly the same.

It makes sense, then, that both types of drugs affect the same opioid receptors in the in the brain. As this occurs, the brain's reward centers are targeted. This is what creates the euphoric feeling and sensation of being relaxed. Essentially, people get the same type of high from both kinds of opioid drugs. The History of Heroin

Wikipedia tells us that heroin (diamorphine) was created in 1874 by a man named CR Alder Wright. He made the drug from morphine, which came from the opium poppy plant. At the time, he was experimenting with combining morphine with different acids.

It wasn't until 23 years later that diamorphine became popular and readily available. Another chemist named Felix Hoffman was working for Bayer in Germany at the time. He inadvertently created a drug that was much more powerful than morphine.

In 1895, Bayer trademarked the name Heroin and marketed it as an over the counter drug. It was said to be a substitute for morphine that worked well at suppressing coughs. At that time, the hope was that this new drug would serve as a non-addictive alternative.

Why is it Illegal?

Heroin may still be found today in some countries by prescription only. However, in the United States, and in most other countries, it is a Schedule I illegal substance.

Shortly after the drug was made available, its addictive nature was discovered. People began abusing it regularly. As a result, the Harrison Narcotics Tax Act was passed in 1914. This controlled the sale of this medication, as well as other, similar drugs. At that point, it was only allowed to be prescribed for medical purposes.

However, by 1924, the United States Congress banned the drug. It did not take long before other countries followed suit. The History of Prescribed Opiates

The use of opioid drugs dates back to 3400 BC with the use of the opium poppy plant in lower Mesopotamia. At that time, it was referred to as the Joy Plant. It was enjoyed for its euphoric effects. Opium has been used recreationally for thousands of years.

It wasn't until between 1803 and 1805 that the first opiate drug was isolated by Friedrich Sertürner. In fact, this was the first time an active ingredient from a plant had been isolated. By 1827, the pharmaceutical company Merck began to market Morphine.

Many other drugs were created using Morphine as a base. Examples include Hydromorphone, Oxymorphone and of course, heroin. When heroin was made illegal, the production of additional opiate medications increased. That is why there are so many today.

Why are Prescribed Opioid Drugs Legal?

This is an excellent question. There are actually many people who believe that they shouldn't be legal at all. However, they remain legal because they are used to treat chronic, moderate and severe pain.

Some experts argue that prescription opiate drugs are much more dangerous than the illegal opioids. This could possibly be because of their assumed safety. The fact that they're approved by the FDA and prescribed by a physician makes people believe they're safe. The fact is that this makes them much more dangerous.

Many opioid abusers (both legal and illegal) feel that these substances produce the best high. It is something they experience both physically and mentally.

Mentally, abusers say that they experience:

These and other sensations keep people coming back for more. Many will abuse opioid drugs for years.

Overdose Rates for These Drugs

Prescription opioids are given out much less frequently than they once were. Also, changes have been made to painkillers to make them harder to abuse. Even so, overdose rates for these drugs keep climbing.

Most people overdose on opioids when they try to quit, and then relapse. However, there are some instances of overdose that occur during regular use as well. The CDC tells us that:

Why are These Two Addictions Commonly Linked?

According to the National Institute on Drug Abuse, it's not surprising that these drugs are linked. Most people begin using drugs by using prescribed opioids first. Usually, they're using them for medical reasons; most often, for pain. They have no intention of becoming addicted to anything, which is why they sought the help of a doctor.

However, accidental addiction is very common in the United States. The longer they used the prescribed opiate medications, the more likely an addiction became. This type of addiction always begins by abuse, and this is usually done innocently. People may increase how much of their medication they're taking slowly. Before they know it, they can't live without it.

The issue is that doctors are usually unwilling to prescribe opiate medications for a long time. They're not intended for long-term use because of the risk of addiction. As a result, people typically visit more than one doctor to obtain prescriptions. At some point, they will no longer be able to get them. Because of their addictions, they turn to heroin.

Both heroin and prescription opiates are opioid drugs. This means that recovering from these addictions is very similar. Treatment usually begins with a period of detoxification. Prescription drug detox may involve a time of tapering off the medication. This allows the body to adjust slowly to its absence. Heroin detox may involve other medications to control withdrawal symptoms. Afterwards, drug rehab is needed for a complete recover.

At Northpoint Washington, we want you to know that there is no shame if you have either addiction. So many people suffer from them, and what's most important is for you to get the help you need. We can provide you with the best opioid addiction treatment in the region.

Do you have questions about heroin or prescription opioid drugs? Contact us.